Welcome to our blog - a home for information on the dental industry and dental support organizations, updates on Heartland Dental, and tips for success in the rewarding field of dentistry. We encourage you to explore this blog for thoughts, dental information, and tips. If you'd like to stay connected to Heartland Dental and receive informative updates on the latest happenings in dentistry, simply click "Subscribe."

The 2010s: A Decade of Heartland Dental in Review 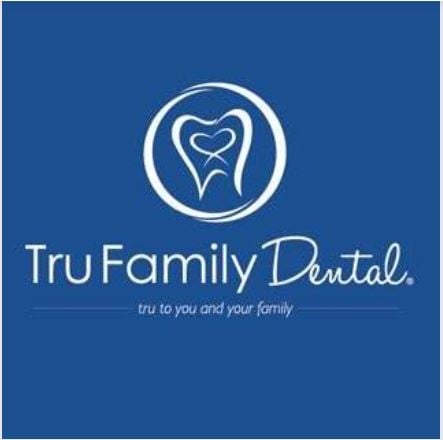 END_OF_DOCUMENT_TOKEN_TO_BE_REPLACED

In the last year of the 2010s, Heartland Dental made 2019 a “breakthrough” year. However, that’s just one year in a 10-year span full of technological advancements, expansions and other milestones. Across the most recent decade alone, we saw incredible growth, both in size and impact. Enjoy these snapshots of history throughout the 2010s at Heartland Dental:

Quickly establishing ourselves as a leader not only in providing support to the dental community but also the country at large, we established “Free Dentistry Day” to provide aid to the growing number of Americans who couldn’t afford dental services. In this same year, Heartland Dental was featured on the cover of the Wall Street Journal’s Mediaplanet A National Call to Promote a Healthy Mouth, as well as in First Impressions magazine.

Stepping into the early 2010s, Heartland Dental also took the leap into the digital age, by going social. But, we expanded more than our online footprint. The year also saw the hiring of our 3,000th employee along with a milestone of 300 Supported Offices. To better serve our growing network, we partnered with Neibauer Dental Care. Supporting the 26 Neibauer offices allowed us to expand our coverage in Virginia and the Maryland suburbs of Washington D.C and was one of the largest incorporation of offices we had to date.

Following substantial digital and coverage growth in the previous years, Heartland Dental branched out financially and industry-wise. In this year, the Ontario Teachers’ Pension Plan joined us as investment partners to provide the company more financial resources. During this time, we also added a world-renowned dental office to our supported network – Goldstein, Garber, & Salama, LLC in Atlanta, best known for delivering first class wellness and cosmetic dentistry.

This year brought not one, but two growth benchmarks for Heartland Dental. While the Main Support Office in Effingham grew to 80,000 square feet to accommodate the needs of our larger team, the number of supported offices also grew exponentially. At the beginning of the year, we hit our 400th affiliation, only to hit our 500th several months later in October. Part of those affiliations were the My Dentist group, with 55 offices across Arkansas, Oklahoma, Missouri, Texas and Kansas. The icing on the cake was being recognized on the Inc. Hire Power list, as number three out of 100 companies for job creation.

There is a lot in a name, and with this year came a big change for our image. After a full brand refresh, Heartland Dental Care officially became Heartland Dental. The refresh also generated a new color scheme, logo and tagline: Passionate. Proven. Professional. With this evolution, the industry gained a new understanding for Heartland Dental’s focus and purpose. The change in name better reflected our commitment to offering support to dentists and their teams.

Halfway into the decade there came a shift in leadership at Heartland Dental, but it was an individual we already knew and respected. Patrick Bauer officially took on the mantle of Chief Executive Officer, in addition to serving as President since 2009. In this role, Bauer was able to take more ownership of driving professional growth within the company and the day-to-day operations of Heartland Dental.

Drawing closer to the company’s 20th year, we began working harder to nurture and grow the expertise of our supported doctor base. This marked the beginning of the Doctor Mastery Program, a five-year program focused on transforming supported doctors into better leaders, clinicians and entrepreneurs. The program consists of clinical training conducted by world-renowned clinicians, building on professional development skills while advancing to mastery of complex dental care. Also, in the name of continuing education, Heartland Dental developed Homeroom, which brought our world-class learning online in early 2017, making it accessible to all team members within our footprint.

Heartland Dental celebrated 20 years, ringing in the anniversary with landmark moves. With the signing of Washington’s SB 5322 bill, the state became DSO-friendly, recognizing the value the organizations provide to dentists and their patients. This win in the legal system allowed us to expand our coverage in the state. Heartland Dental also hit 800 supported offices and partnered with Patterson Dental as our primary dental distributor, forming a strategic partnership as opposed to the traditional vendor-customer relationship.

With 900 offices now supported, we welcomed KKR as our new lead investor, gaining more financial expertise and resources that allowed us to have a bigger impact as a company. We also expanded physically, opening a new Support Office location in Indianapolis. But the key focus was, as always, the dentists and offices we supported. This year featured the introduction of Launch, an all-expenses-paid leadership summit for dental students, and the Employee Care Program through the Heartland Dental Foundation, to help our team members in financial need during times of hardship.

Starting off our “breakthrough” year strong, Heartland Dental announced and later opened an additional Support Office location in St. Louis, with plans to create at least 100 new jobs in the area in the coming years. While welcoming RLJ Dental of Wisconsin into the Heartland Dental family, we kicked off HeartStart, an orientation program to better acclimate new doctors and administrators to the company’s culture. Our world-class leadership was also recognized by Glassdoor, with Patrick Bauer being named one of the site’s top CEOs with a 92-percent approval rating from team members. Topping off a year of wins, Heartland Dental also announced we now proudly provided services to more than 1,000 dental offices nationwide.

With all that Heartland Dental accomplished this decade, we’re beyond thrilled to see what 2020 has in store for our supported doctors and team members. Keep an eye out for the next edition of Smiling Magazine in February for the latest wins and developments.