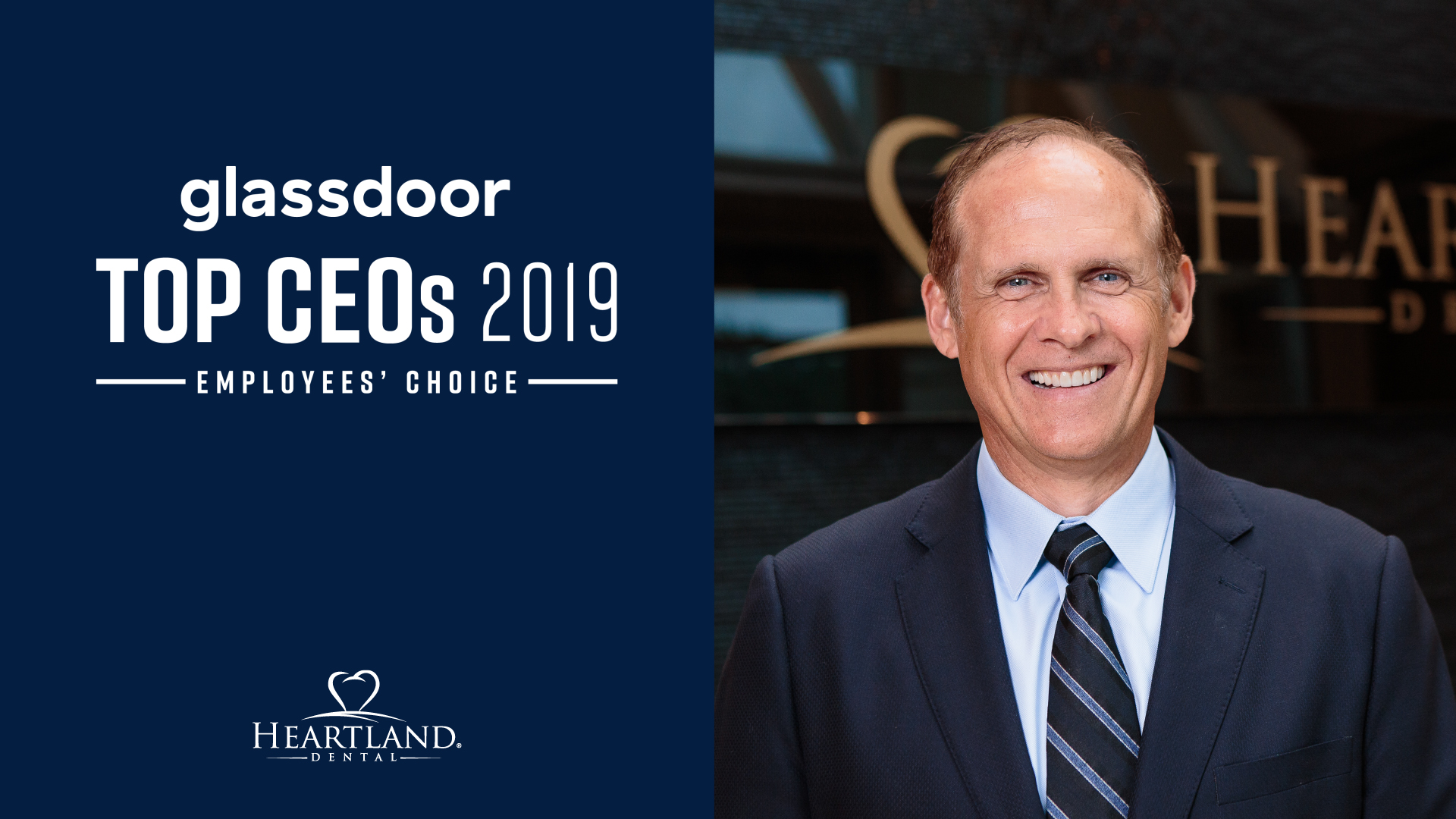 Heartland Dental is excited to announce that our President and Chief Executive Officer, Patrick Bauer, has been named a Top CEO by Glassdoor. Glassdoor, one of the world’s largest job and recruiting sites, released its annual award highlighting the Top CEOs in several countries throughout North America and Europe.

Bauer appears on the U.S. Large list with an impressive Glassdoor rating of 91%. Since 1997, Patrick has been an instrumental part of our company’s growth and success. First joining the company, as Chief Operations Officer, he soon after took on the role of President and then in addition, Chief Executive Officer. Now he continues to lead Heartland Dental as the largest dental support organization (DSO) in the country, supporting thousands of dentists and team members nationwide. In addition to being a CEO award, this is a great achievement for Heartland Dental as a company. More and more supported dentists and team members have continued to share their experiences and feedback, contributing to Heartland Dental’s excellent company rating on Glassdoor and making this recognition possible.

How Are Glassdoor Ratings Compiled?

CEO approval ratings are gathered through Glassdoor’s online company review survey, which gathers current and former employee sentiment about job and company satisfaction, the work environment and the culture. Employees are asked to rate a number of workplace factors like compensation and benefits as well as work-life balance, and asked whether they approve, disapprove or are neutral about the job their CEO is doing. In addition, employees are asked to describe some of the upsides and downsides of working for the company and provide any advice for senior management.

Check out the complete list of the Employees’ Choice Award for the Top CEOs in 2019 on the U.S. Large list here: https://www.glassdoor.com/Award/Top-CEOs-LST_KQ0,8.htm